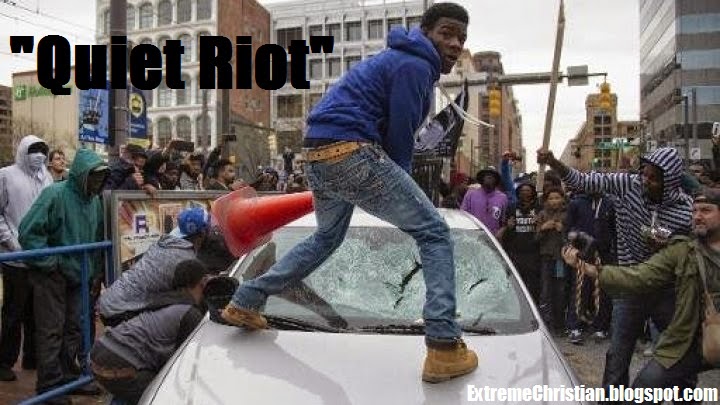 Quiet Riot, no this isn't about the heavy metal band, but rather about what happens to the underlying  message when people, and I use that term loosely, decide to riot.

It becomes quiet and unfortunately lost within all the chaos and destruction caused by the masses who feel it necessary to act in this fashion.

I considered comparing these individuals to the beasts who most feel are beneath us, but in all honesty it would be an insult to our animal brethren to call them such; because they are nowhere close to being as civilized as the creatures we share this planet with.

It doesn’t matter what the reason is, there is never a justification to riot and carry on like a bunch of wild miscreants, and it is completely uncalled for and does more harm than good. 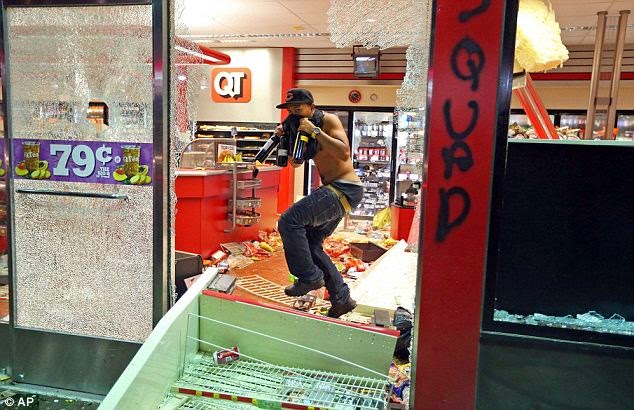 You’re hurting innocent people in the process, who had absolutely nothing to do with the unfortunate circumstances in which you felt the need to act out in such a repulsive manner.

One could even say that your actions are just as deplorable as the person(s) you are retaliating against, and in some cases even worse.

Liken it to a child throwing a temper tantrum because they didn’t get what they wanted or their way.

Was the child’s reasons justified, sadly that no longer matters because the actions of that said child eclipses the why and leaves the audience in attendance disgusted and appalled by what they have witnessed.

If you want to do something, help out the family who you feel were wronged, show them that they are not alone in their time off need and that there are good people out there who are willing to lend a hand to help them rebuild their lives for the better.

Trust me; I am certain that most people who just lost a loved one would rather have a shoulder to lean on for support over others vandalizing and destroying everything in sight all supposedly in the name of the deceased.

This type of behavior tarnishes the memory of those who you claim to be fighting for, leaves the masses angry and even more hate-filled than before, so all in all it is not the way to go. 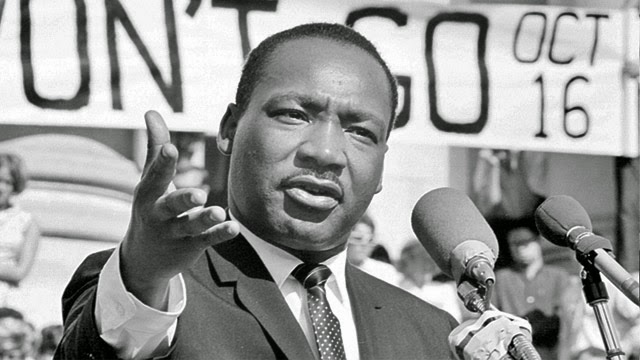 To quote the great Martin Luther King, Jr., “Hate begets hate; violence begets violence; toughness begets a greater toughness. We must meet the forces of hate with the power of love”, truly words to live by.

I know some of you live by the old “eye for an eye” adage, but that leads to nothing positive, just a bunch of ignorant people too blind to see the repercussions of their actions and the effects it has on the world around them, including those they claim to love and care for.

With this piece, I am by no means saying that something shouldn’t be done when an injustice occurs, but rioting is by no means the answer and ultimately defeats the intended purpose.

We as a society should not permit this kind of behavior; we should not promote and/or endorse it in any way, because otherwise we are just as guilty as those who are actually out in the streets running amok. 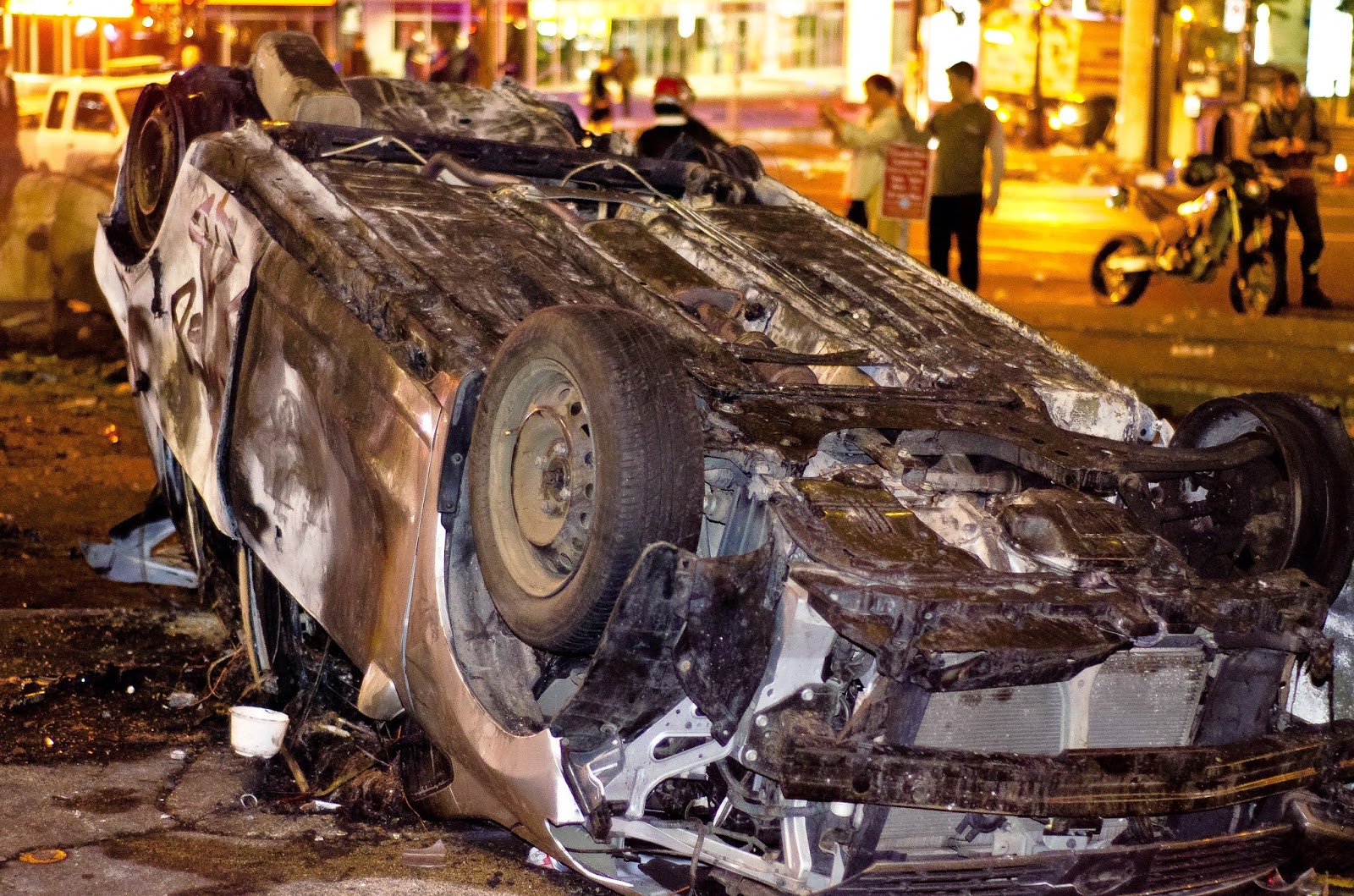 Silence is not golden, not speaking up and voicing your disdain over how things are only allows it to continue as is.

Keeping the fires of hate burning brighter and hotter than ever, and regardless of our involvement or not, if something isn’t done soon we will eventually find ourselves burnt beyond recognition and our world in ash.

As a deterrent to this kind of behavior, I personally, and I’m sure this might not be received all that well by the masses, think that the “Stand-your-ground law” should be country wide and rewritten to include rioters and looters, because they would think twice if they knew there was a possibility their actions would have consequences.

Finally, to those of you who are sympathetic towards these savages and/or try to justify their behavior, this way of thought is like that of a battered spouse, one who believes they are not good enough for anything better and out of fear of retaliation makes excuses for why their abuser acts as they do.

Needless to say this isn’t healthy, you should desire to rise above the madness and establish yourself as something more than just a sheep who mindlessly follows the shepherd because that is all they know.

Use that thing on top of your shoulders for something else other than a hat rack and think before you act, you may just be pleasantly surprised by the results, and I truly believe you will get a whole lot more accomplished in the long run.